The Vine Celebrates One Year in Service

It’s been a successful first year for The Vine by almost any measure. Consider these numbers:

When The Vine started rolling in January 2017, it was – and remains – the first bus rapid transit system in the Portland-Vancouver region. A sizeable crowd came out for the grand opening at the Vancouver Mall Transit Center despite frigid, wintry conditions. It was a milestone for this organization and, we believe, this community. 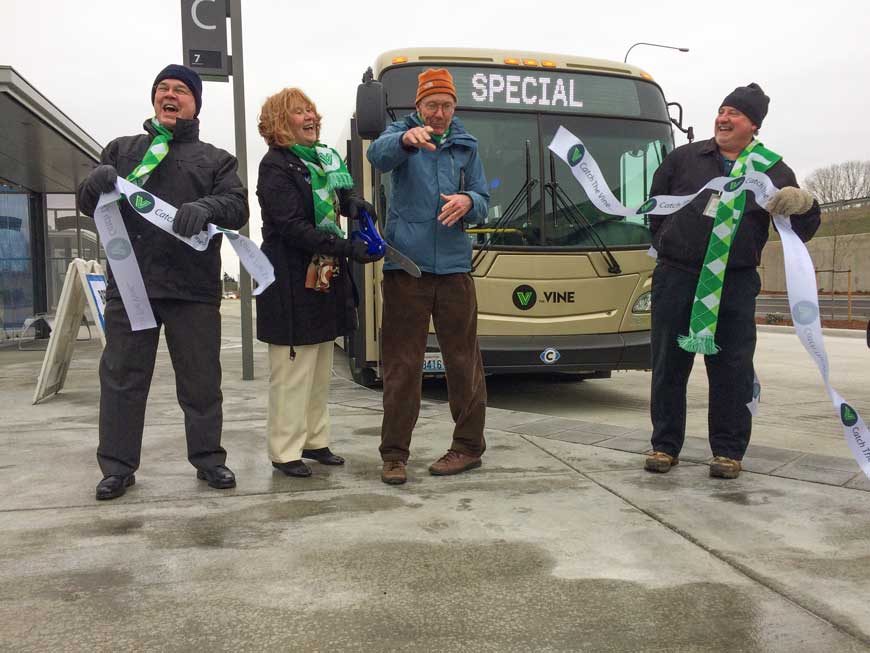 The Vine primarily serves Vancouver’s Fourth Plain corridor, which is by far the busiest in our system. It combines several features to improve efficiency and reliability while reducing travel times. And the numbers above indicate that The Vine has delivered on those goals and then some. 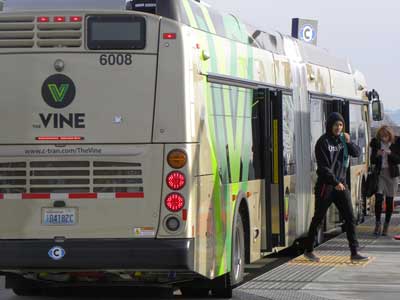 On Tuesday, we celebrated the one-year anniversary of The Vine’s launch by saying thank you to riders at each end of the corridor. Dozens of people stopped by at the Vancouver Mall Transit Center and at Turtle Place in downtown Vancouver for free coffee, treats and other giveaways. It’s one small way we can show our appreciation for the riders and others who have made The Vine a success.

We expect that success to continue for The Vine on the Fourth Plain corridor. Meanwhile, we’re already laying the groundwork for a possible second bus rapid transit corridor: Mill Plain Boulevard. The Mill Plain BRT Project is in the very early stages of a multi-year process, and many details – including the length of the corridor, station locations and other features – remain undecided. Public input will help shape many of those details, as it did with The Vine on Fourth Plain. In the coming year, we’ll launch the public involvement process in earnest, reaching out to residents, businesses and other stakeholders along the Mill Plain corridor.

Still haven’t hopped on board? Check out the video below for more about The Vine, its first year of operation and what’s next: