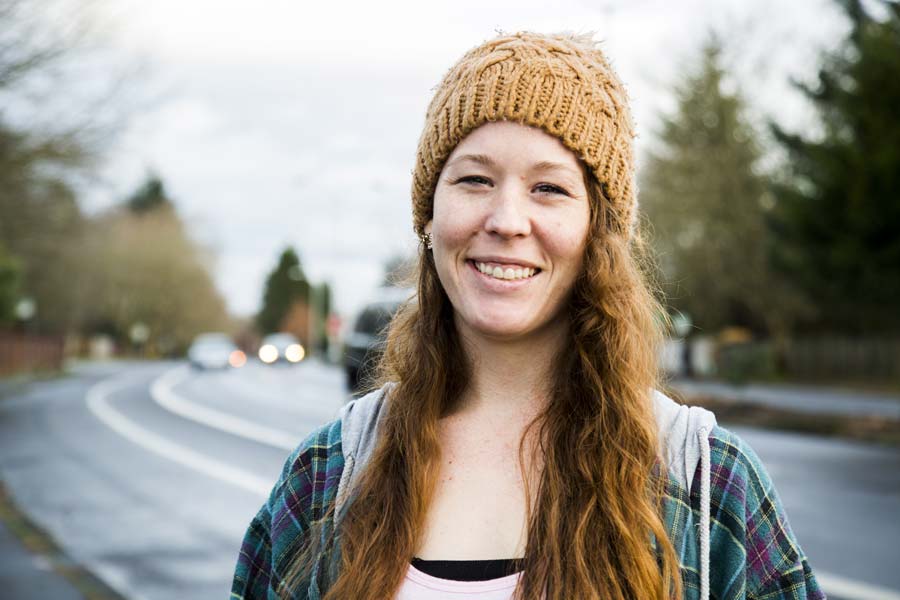 Since Kristal moved to Vancouver in March 2017, her time here has already taken some unexpected turns. For work, she's currently serving lunches in Evergreen Public Schools.

"And I never ever thought I would ever be a lunch lady," Kristal says. "Being a lunch lady, I have one role, which is basically make sure that kid is getting their lunch, and make sure the next one gets theirs."

Kristal uses public transportation to travel everywhere, and has impressed her grandmother - whom she talks to every day - with how much she's learned about her new home. Kristal moved to Clark County from San Diego for school. She plans to enroll at Clark College. And she's found a stark change of scenery from Southern California.

"I felt like I was growing up in a bubble, so I kind of wanted to pop that bubble. People are like, 'Oh, what are you running away from?' I'm not running. I'm running to something."