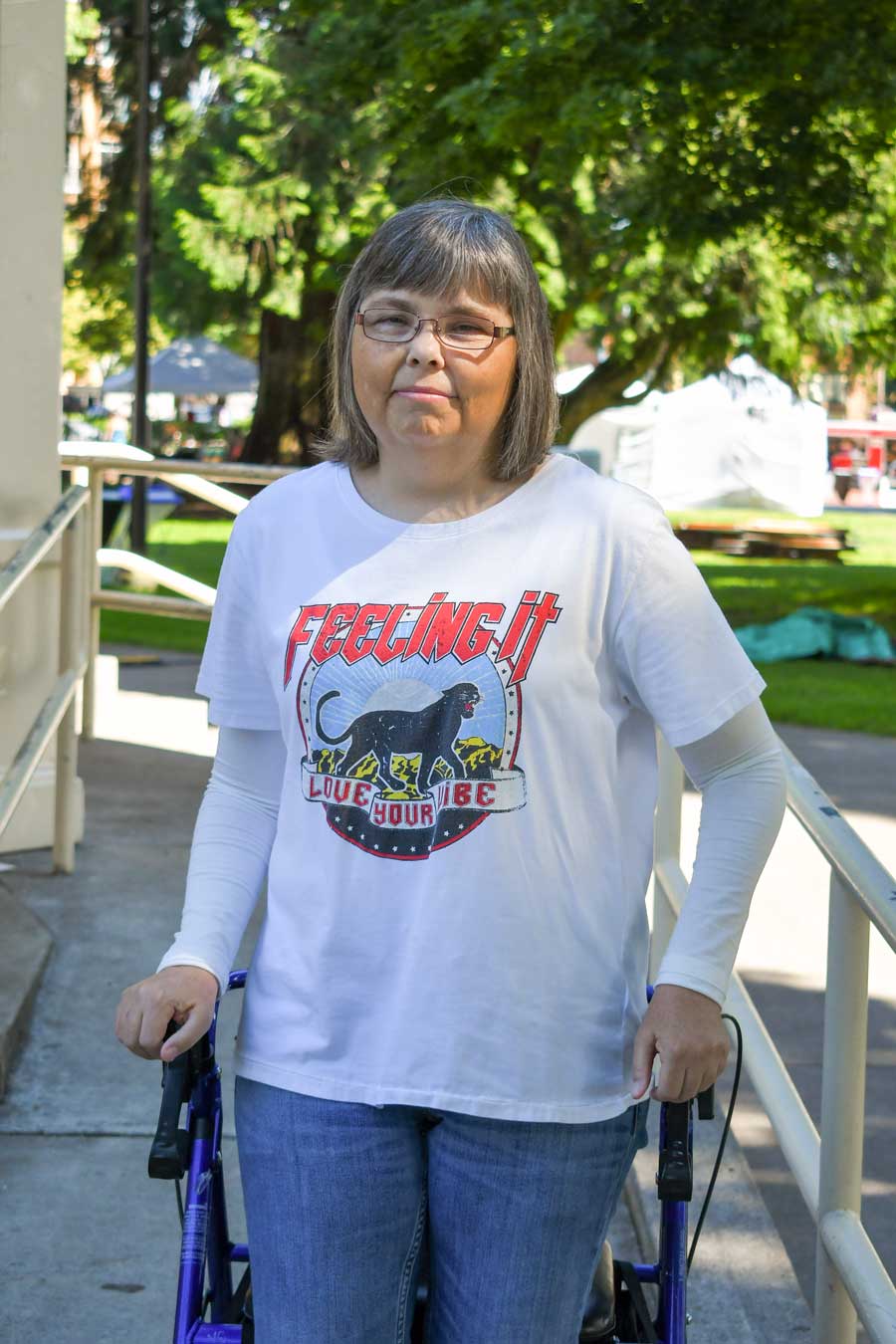 Growing up in the Vancouver area, Amy has been surrounded by public transit. She began using transit at a young age, riding with her mother around town to get to where they needed to go. After taking a break from using public transportation, Amy began to start riding again about seven years ago when she joined the C-VAN community. Her passion for public transit and the good that it brings to our community ultimately encouraged Amy to join the C-TRAN Citizens Advisory Committee.

Around the same time Amy began using C-VAN, she began venturing down to Esther Short Park in downtown Vancouver. “I love the greenery and how it incorporates walkways, and I love the history of the park,” Amy says.

She comes down to Esther Short Park a few times a week for a multitude of reasons: to walk, have lunch, meet up with friends, to sit and to attend events. The park has long been a focal point for the city, and now it’s a focal point for Amy.