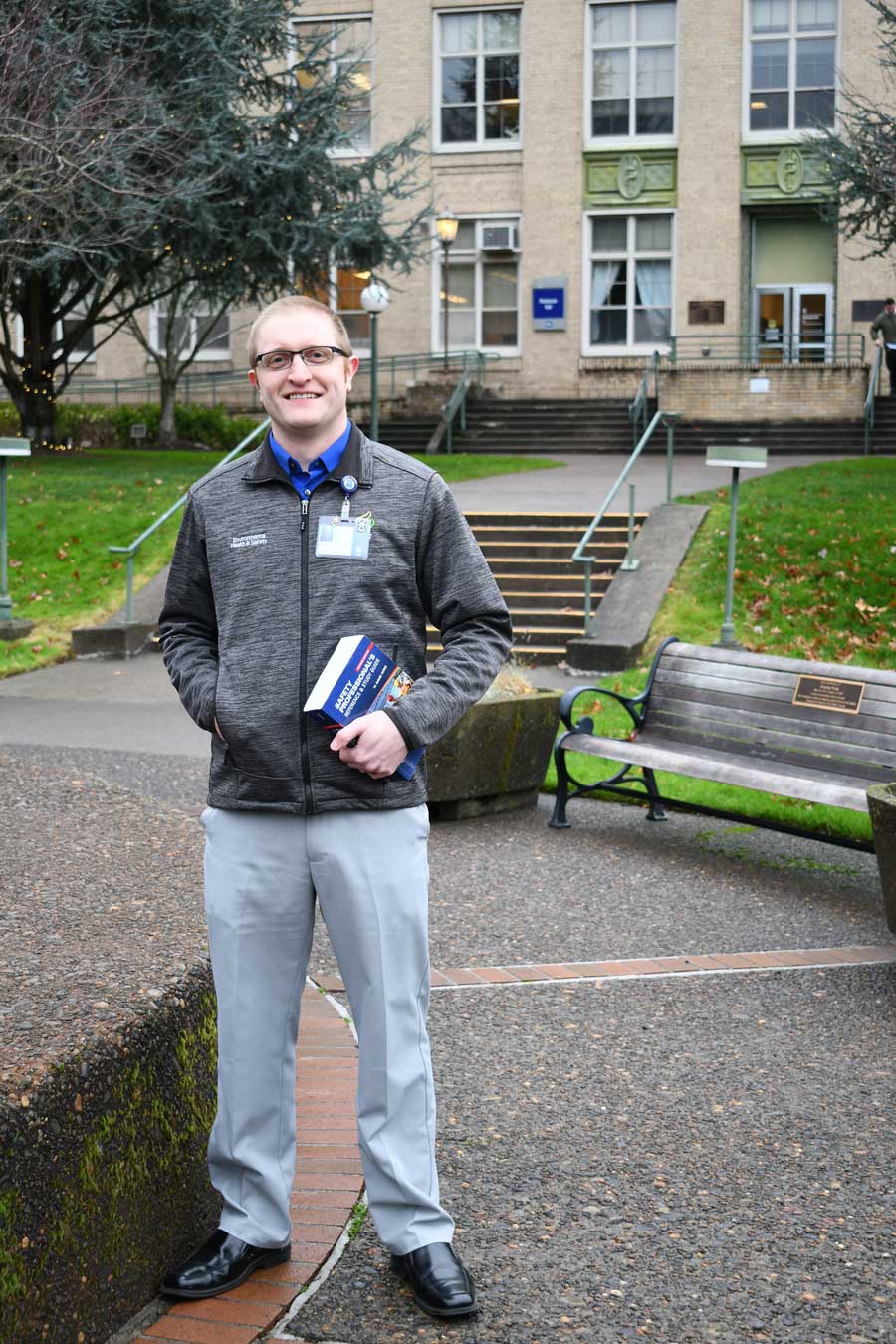 When Aaron started working at Oregon Health & Science University almost four years ago, it meant a big change to his commute. The OHSU campus sits on Portland’s Marquam Hill, where parking is in short supply.

“Just by the nature of the geography, transit is a must,” Todd says. “But once getting over that initial hurdle, I found that I really, really enjoyed it.”

Aaron had spent the previous few years commuting daily from east Vancouver to Tigard. The hours added up. So did the frustration.

“It was the worst part of my existence at that point, and I just loathed it. And then once I started riding transit, I realized all the time that I was losing was productive time I had back.”

Now, that time is spent reading, working, gaming or just relaxing. An environmental health and safety specialist at OHSU, Aaron earned his most recent professional certification thanks in large part to the time he spent studying on the bus.