Bus on Shoulder in Clark County 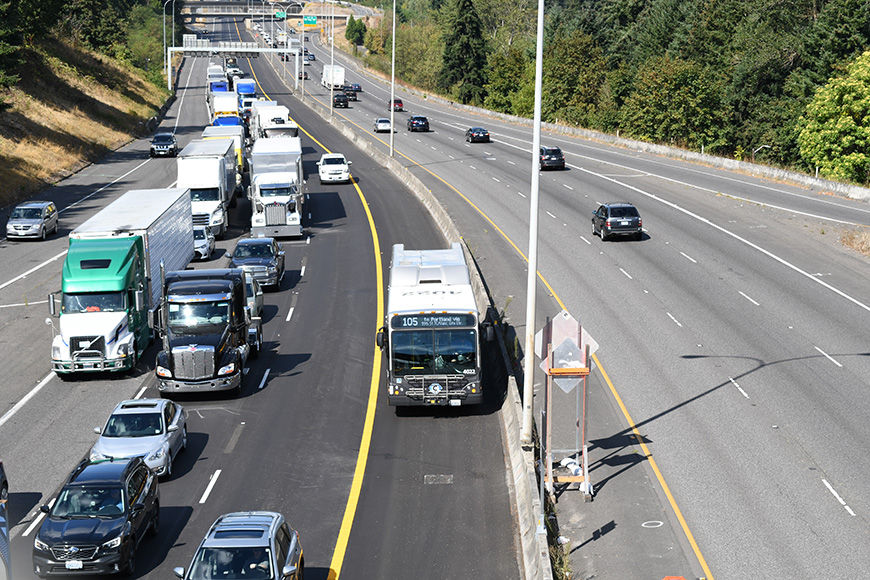 C-TRAN has used Bus on Shoulder lanes since they were first implemented in Clark County in 2017. The concept allows transit vehicles to use the shoulder of a given corridor to bypass traffic during times of heavy congestion. It creates faster travel times for buses and more reliable transit service for our region’s commuters.

Bus-only shoulder lanes are currently in use on three freeway corridors in the region: State Route 14, Interstate 5 and Interstate 205.