When a child with special needs went missing this summer, it was the quick thinking of a C-TRAN bus driver that helped reunite him with his family. On Monday, Colby and his family said thank you to their guardian angel—coach operator John Shreves—in person. 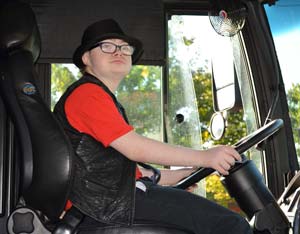 Dionna J’orgensen awoke on the morning of August 4 to find that Colby, her grandson, wasn’t at home. He had left the house without the family’s knowledge early in the morning. Colby lives with Down syndrome, autism and other medical conditions, and he’s unable to communicate verbally with people who don’t know him. J’orgensen’s mind reeled. She knew a dangerous situation could become tragic in a hurry.

“The scenarios that raced through my mind that morning were numerous, and none of them were good,” J’orgensen said.

Colby, 13, had sneaked out of his Vancouver home, crawled over a fence and walked toward Fourth Plain Boulevard. He boarded a Vine bus through the rear door and rode to downtown. His destination: the bank at 12th Street and Broadway.

Colby wore a plastic combat hat, tie-dyed shirt, vest, tie and slippers. Shreves had spotted the boy and could sense something was amiss. When he realized Colby was unable to tell him his name or where he lived, Shreves knew he had to protect him.

Shreves called C-TRAN dispatch and told them the situation. By this time, J’orgensen had already called police. The family had fanned out, knocking on doors, asking if anyone had seen Colby. Shreves stayed put and kept Colby on the bus until police arrived.

“He knew his name when the police officer called him. He stood straight up and walked right off that bus toward him,” Shreves said. “We’re glad that he got home safe.”

When J’orgensen and Colby met Shreves at the C-TRAN Operations building, they exchanged hugs and well wishes. Colby presented Shreves a plaque for his actions. But not before Colby flashed a thousand-watt grin to the crowd gathered for the occasion. 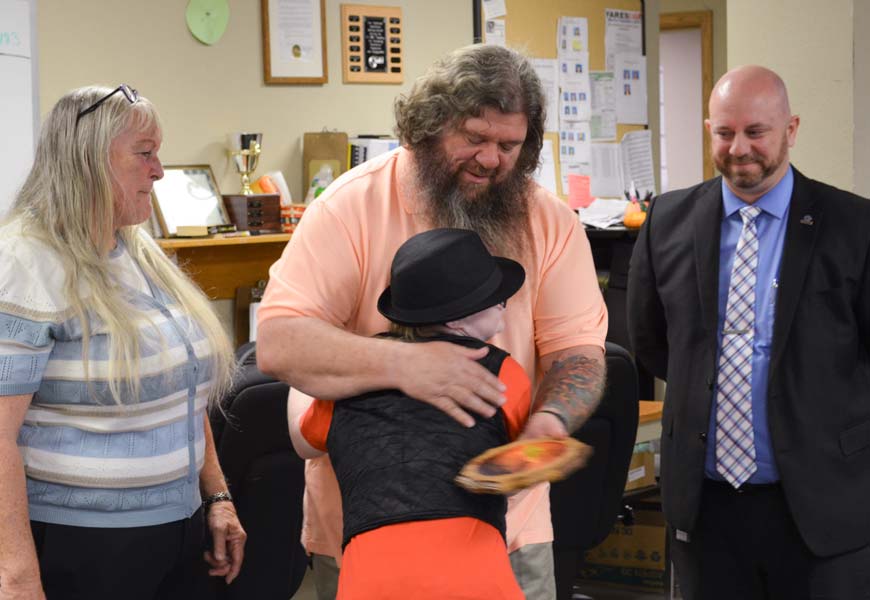 “It really goes back to the heart of what we’re here for, and that’s to be good stewards of our community,” said C-TRAN CEO Shawn M. Donaghy. “Our operators, especially John, have really excelled at that task. So we’re very proud of that, and we’re very proud of our employees and everything they do every day.”

J’orgensen said she looked for the right gift for Shreves, and decided on a custom-made plaque. It included these words:

The world has beautiful
mountains, meadows, spectacular
skies and serene lakes.
It has lush forests,
flowered fields and sandy
beaches.
It has plenty of stars
and the promise of a new sunrise
and sunset every day.
What the world needs is more
people like you.
Gratitude is the music of the
heart, when its chords are swept
by the breeze of kindness.
Your moment of kindness will live
on in the hearts of our family
eternally. 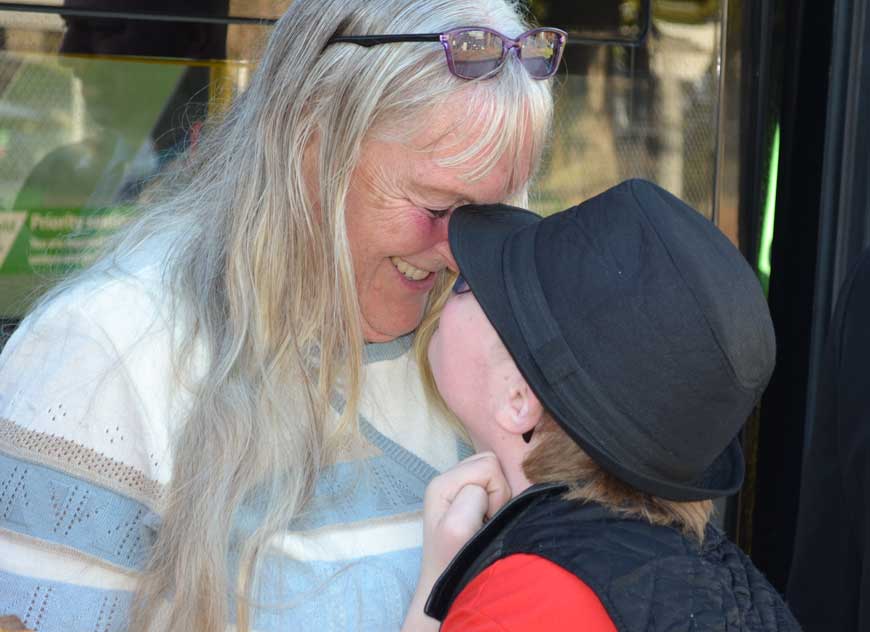