As we continue to receive comments on the proposed discontinuation of Route 39, C-TRAN has developed an alternative concept that would continue to serve the Rose Village neighborhood, including 33rd Street and the VA Medical Center.

The bus would make eight loops along that route each day: four in the morning, four in the afternoon. During the time between trips, that would be supplemented with additional Connector-style service allowing residents in Rose Village to call for a ride anywhere in a designated dial-a-ride area. Same-day ride requests would need to be made at least 90 minutes in advance, similar to C-TRAN’s existing Connector service. 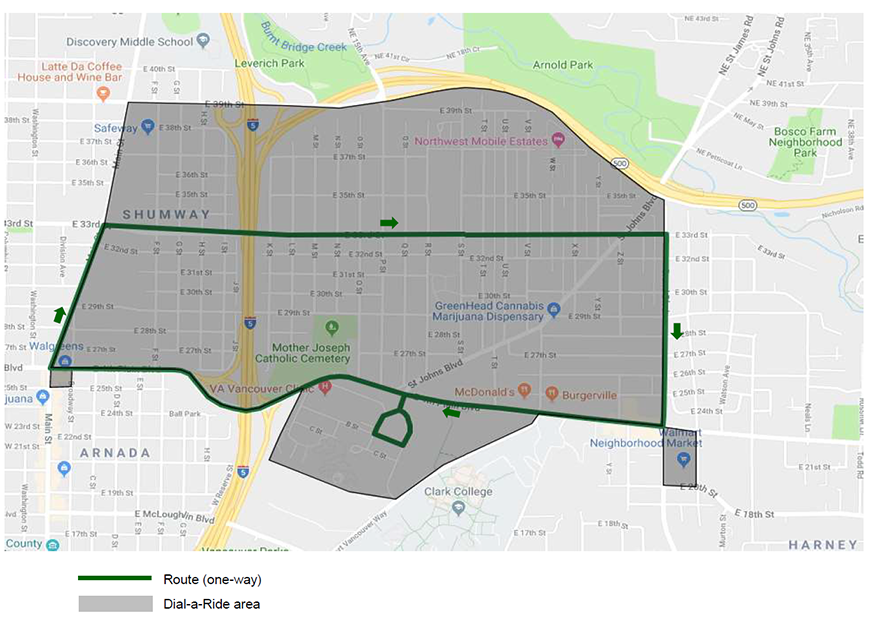 The concept would still provide Rose Village residents a direct link to the nearby VA Medical Center, Walmart, Safeway and Walgreens, plus connections to other fixed routes. The goal is to continue to provide transportation service for those who depend on it in the neighborhood, while doing so in a way that makes more sense given current demand and ridership.

The Rose Village Connector concept will be presented to the C-TRAN Board of Directors on May 14 with the rest of the service change proposals that were initially unveiled as concepts in March. If approved, the proposals would take effect in September 2019.