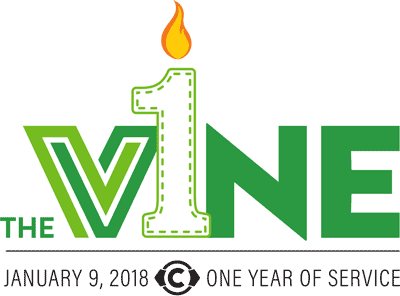 Vancouver, WA: C-TRAN is celebrating The Vine’s first year in service by saying thank you to the riders and others who have made it a success. Staff will be offering free coffee and giveaways at each end of The Vine corridor starting at 1 p.m. Tuesday, January 9 to celebrate the one-year anniversary of the system’s launch. Anyone is welcome to stop by at either Turtle Place, located along Seventh Street between Washington and Main streets in downtown Vancouver, or at the Vancouver Mall Transit Center, on the south side of the mall.

The Vine is the Portland-Vancouver region’s first bus rapid transit system. It uses larger buses, special stations, traffic signal technology and other features to deliver a smoother, faster ride between the mall and downtown Vancouver. The Vine travels primarily along Fourth Plain Boulevard, with buses running every 10 minutes during peak time. Security cameras at every station and security personnel on buses provide added safety to passengers on C-TRAN’s busiest corridor.

“In a very successful first year of operation, The Vine has achieved its goals: to cost-effectively increase ridership, help revitalize Fourth Plain Boulevard and improve reliability and travel times on C-TRAN’s busiest corridor,” said Marc Boldt, chair of the C-TRAN Board of Directors.

The first year of service on The Vine has been a success by almost any measure. Transit ridership on Fourth Plain increased substantially in 2017, with the most recent data showing a 45 percent increase in October and November 2017 compared to the same months in 2016. In addition, reliability has significantly improved. For example, the number of late departures on either end of the Vine route has decreased by more than 89 percent compared to the service it replaced.

As we start off 2018, C-TRAN is already laying the groundwork for Clark County’s next possible bus rapid transit corridor: Mill Plain Boulevard. The Mill Plain BRT Project remains in the very early stages of a multi-year process, and many details remain undecided. In the coming year, C-TRAN will launch the public involvement process in earnest, reaching out to residents, businesses and other stakeholders to help shape the project.